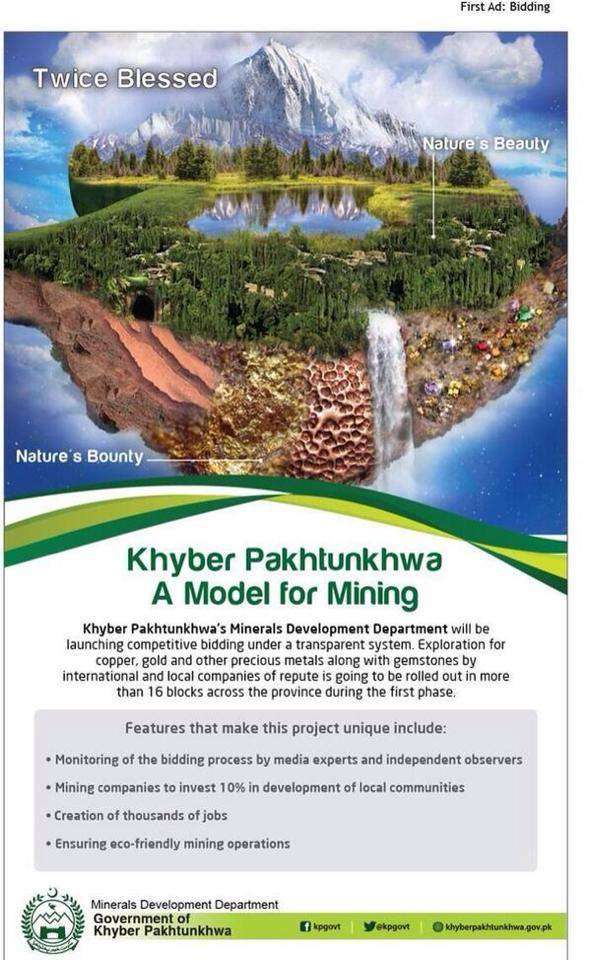 Update as of 12 September

Update as of 22nd of July 2014 ; Our team is slightly surprised and disappointed that there has been no written version of this policy released on the internet yet particularly through the KPK government portal.All we have at hand are pictures of the ‘great launch’.It is unknown whether any documents were distributed during this so-called launch.It is the right of people to know about possible policy and legal changes in their country.As a law firm representing many local and international mining enterprises, we do feel that it is the right of the Pakistani people  as well as prospective foreign investors to know about these changes online.

There are however a number of questions which need to be clarified right now, including the constitutional legality and validity of such astep , that is, the making of a policy at provincial level when a National Mining Policy (2013) is already in operation.In terms of conflict for example, which one will prevail? Can it be that instead of doing good, the so-called KPK Policy will create legal confusion and uncertainty for foreign investors?

We will defer our comments until we are able to get a proper text on this issue.It is hard to comment and analyse the speeches made at the event.A solid document on this matter should have been published by now and we truly hope that the KPK administration will do the needful soon.