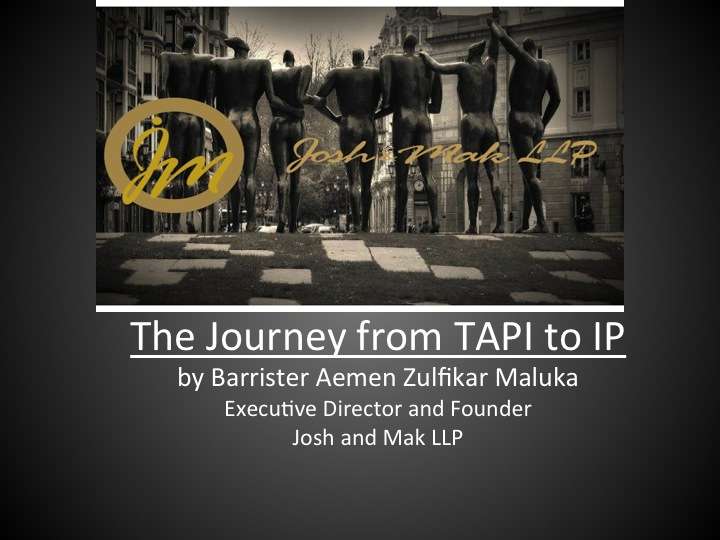 Josh and Mak LLP (UK), Executive Director and Founder Barrister Aemen Maluka presented a paper on ‘The Journey From TAPI to IP: Assessing the Prospects for the Future of Energy Trade between Central Asia and Pakistan Based on the Upcoming Iran-Pakistan Gas Pipeline Project’.

She said that the 1,040 miles long TAPI project was literally in the ‘pipeline’ of the regional agenda for Central Asia, long before the Taliban captured Kabul. In fact as far back in 1995 it was hoped that the TAPI would not only bring the much needed energy security to the region but also threaten the profitability of the Arab and Russian energy markets with its 33 billion cubic metres of capacity as it ran from Turkmenistan’s Dauletabad gas field across Afghanistan and Pakistan and terminate at the northwestern Indian town of Fazilka.

Almost two decades later the TAPI has now simmered down to only the IP pipeline after coming a long way through hostile opposition by US after February 2013 after Pakistan has taken the rather brave (yet risky) step of going ahead with the long debated project. This decision comes at a point when India has previously backed out from the IPI deal fearing a US diplomatic cold shoulder and Chinese domination in the region. Also, Iran seems to be stepping into the scene at a point when NATO forces have announced their exit from Afghanistan in 2014 and the resulting fears and reservations of the US in this regard are no secret.

Keeping in mind the above, the paper will see how the IP deal may not be a one-stop panacea for Pakistan’s ongoing energy crisis. Despite its promises for prosperity, the IP has all potential to become a Pandora’s box when regional realities, political preferences and geography interact with a plethora of legal frameworks and foreign policies prevalent in both jurisdictions. From a legal point of view, the devil is in the details of resolving delay and suspension issues in project implementation and evaluation, the applicable/governing laws governing pipeline routes, tariffs and transit fees.

While an inter-governmental framework declaration is said to be in existence since the last two to three years to support the project through a supportive framework of the respective laws and regulations of both countries, it will be interesting to see whether it is solid enough to protect the state and private investors as well as foreign third party investors like Chinese firms.

The greatest legal risk and challenge here is perhaps not only the robustness and effective compatibility of these two legal systems and the way they interact with international law, but also that the gas pipelines deal with Iran will not violate any international laws as Iran continues to have UN sanctions being slammed on it. Is there a chance that Pakistan can ensure through a legal framework and proper legal precautions that any sanctions, insecurity or political risks are not hazardous to its current statement investment and the money. At any rate, if the legal risks arising from any subsequent political instability on the part of both parties are handled in a mature and calculated way through carefully drafted provisions in the legal framework(s) governing the project, the cross border infrastructures and their operations, Pakistan is perhaps in a better position to benefit from any such common economic spaces built with Iran. The possibility of this step being the first step towards the originally envisioned TAPI is not something which can be overruled either, as the IP will be a test case not only for the technicalities within international law but also for those countries who have lately been reluctant to see the same as a profitable investment.