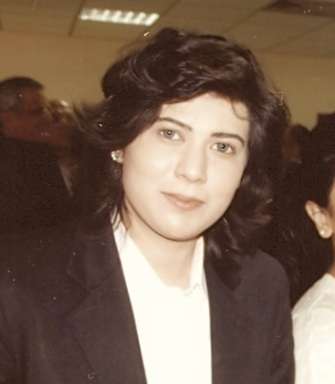 It is common to encounter, during contract review requests by clients, a contractor request for a limitation on liability for “intentional or criminal misconduct or wilful violation” in an agreement for which legal services involving drafting and/or review have been requested. Many times when we received such a request, a request for a ‘liability cap’ in pecuniary terms will  also be  requested but a more problematic area is when the same requested cap is too low. This is of course, the time when such a request seems outright unreasonable and our general advice to clients is that it would be wholly inappropriate to include any such explicit limitation of liability. In many cases, it is also questionable whether such limitation of liability will be upheld later on by a Pakistani or International Court at all. Common law courts, like that of UK and Netherlands tend to frown upon such clauses. Hence their enforceability is often dependent upon the forum involved, where of course their merits would be assessed as per the applicable law and selected forum. In many cases, in our experience, we have successfully pleaded in Pakistani law that such a clause might well be declared null and void in a contract.

From a personal point of view, we would consider such a limitation to be acceptable only in those industrial settings where there is a thin line between normal behaviour and ordinarily expected performance on the one hand. Furthermore in such a case, the legitimacy (not being criminal) of such behaviour or performance would also become a factor to be considered. In instances where the customer basically requires a particular behaviour, it would make sense to make them accountable for the related risk and liabilities. Even in such a case, the courts may still choose to consider such a clause unenforceable at the least.

Also, we feel that in many cases, the Seller can use this clause to literally, get away with ‘murder’.However as lawyers we have to take the middle-path and try to dig into the facts, actual circumstances and possible motives of such a request, before we make any sweeping judgements.

In many cases, it may also seem too more appropriate to do some further digging/due diligence. It may be that you wish to ask them, why they would need such a limitation. It would make sense if a lawyer would feel suspicious if the request appears far from standard and the other party has not got a good reason to request such non-standard provision. In such a case the only way this is going to be accepted is a negotiation based on a position of strength. In this vein, another point of caution is that many different jurisdictions may very well interpret the contract in favour of the weaker/less influential party .The term Freedom of Contract is often interpreted very liberally and differently in many areas of the world.

On principle, based on the following cautions, the professional and ethical way out would suggest that a similar request is not justifiable, neither from a legal standpoint nor from a business perspective. Many of our colleagues are also of the opinion that such requests should be firmly rejected. In essence, this is because they would represent a large risk for the company, as the clause may decrease the interest of the counter-party to act properly and legally. Also, another justification would be that
however, such clause may be unenforceable under many national laws. Just to make an example, many countries’ laws provide that damages caused by gross negligence or willful misconduct cannot be limited; any contrary provision is totally void.

It is also best to caution the client, who has been posed with such a dilemma from the counter-party, that such limitations of liability may limit the client’s ability to recover to direct damages. It can lead to expensive costs of re-procurement, also if the contractor started work and then abandoned it there would be additional costs to correct any faulty work had been done so you would need more, not less.

When it comes to Oil and Gas Contracts, it is possible to note that international oil joint operating agreements tend to have clauses which limit the gross negligence/willful misconduct to senior supervisory personnel within in international oil joint operating agreements (JOA). Such a clause may be justified where the local government with whom an International Oil company is contracting insists upon the company hiring local national personnel that may or may not be trained. In jurisdictions like Latin/South America model JOAs routinely require IOCs to hire 90% of their personnel from local jurisdictions. This and given the risks involved in operating in such oil and gas jurisdiction,it would be fair to assume that Operating companies would be extremely reluctant to o assume unlimited liability for an accident brought on by ethnic, political tribal or religious issues , which has nothing to do with safe operations or health and safety based negligence. From a practical perspective, the root cause of major industrial accidents is often, sabotage. So it would be fair to say that in some situations , we can assume that such a clause would emerge as the preferred alternative to a blanket limit on gross negligence/willful misconduct which may or may not be enforceable in many jurisdictions.

Client Query 119:- Hi, Hope everything is well at your end? As per the PPRA Rules can you confirm that for running official business in safe and secure area a Public Sector institution needs to purchase a plot of land situated inside the Cantonment Area from Cantonment Board directly?If the selling institution offers requisite plot […]

Client Query 136:- Hi, wanted to ask that after opening financial bids, can a bidder ask to announce the each item rates of the lowest bidder and that of the winning bidder?   Nadia Jamil, UK   Answer:- Thank you very much for your reply! As per your reply, in terms of Rule 28(2) of […]