Habeas Corpus in Pakistan ; What you need to know! Daily Legal Advice Series 9 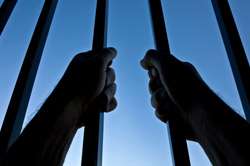 The law of Habeas Corpus in Pakistan is governed by Section 491 Code of Criminal Procedure, 1898 which gives any High Court of Pakistan, the ower to issue directions of the nature of a Habeas Corpus.

As per the wordings of the section, Any High Court may, whenever it thinks fit, direct:

(a)       that a person within the limits of its appellate criminal jurisdiction be brought up before the Court to be dealt with according to law:

(b)       that a person illegally or improperly detained in public or private custody within such limits be set at liberty;

(c)       that a prisoner detained in any jail situate within such limits be brought before Court to be there examined as a witness in any matter pending or to be inquired into in such Court;

(e)       that a prisoner within such limits be removed from one custody to another for the purpose of trial; and

(f)        that the body of defendant within such limits be brought in on the Sheriff’s return of cepi corpus to a writ of attachment.

(2)       The High Court may, from time to time, frame rules to regulate the procedure in the cases under this section.

(3)       Nothing in this section applies to persons detained under any other law providing for preventive detention.

Below are some cases illustrating instances of the use and application of the Habeas Corpus Petitions ;