Discussion : Whether the provincial legislature has power and authority to impose market fees under Section 19 of Act, 1939 read with Rule 29 of Agricultural Produce Market Rules, 1940 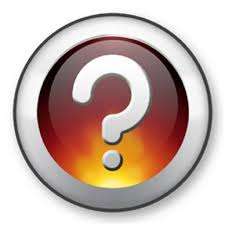 In the case of PLJ 2002 SC 1190 Petitioners’ learned counsel submitted that so-called market committee “fees” would fall under Item No. 49 and 54 of Federal Legislative List, fourth schedule, Article 142 of 1973 Constitution, therefore power to impose fees vested in Parliament and not in Provincial Assembly consequently latter had no authority in law to impose fees, therefore its demand by respondent was without jurisdiction–Provisions of Constitution made it clear that Parliament can legislate or make laws on matters specified in Federal and Concurrent Legislative List while Provincial Assemblies have been given residuary power so that they can make/legislate in concurrent field and also in all other matters not included in Federal Legislative List–Item No. 49 of fourth schedule of Federal Legislative List deals with framing of laws with regard to taxes on sales and purchases of goods imported, exported, produced, manufactured and consumed, while Item No. 54 of said list deals with framing of laws with regard to fees in respect of any matter in said part of Federal Legislative List but would not include fees taken in any Court–Taxes and fees have been defined by Supreme Court in case of Collector of Customs and others vs. Sheikh Spinning Mills (1999 SCMR 1402)- After reading Items No. 49 and 54 of Federal Legislative List and items/ entries provided in concurrent legislative list one could say that subject matter of imposition of fees on agricultural produce does not fall substantially with any of legislative list, therefore in view of sub-Article (c) of Article 142 of Constitution of Pakistan, 1973, Provincial Assembly could legislate/make laws with respect to matters not enumerated in either federal legislative list or concurrent legislative list–Admittedly if pith and substance of said Act is to be examined in view of definition of “Fee” and “Tax” as defined by Supreme Court in Collector of Customs and others v. Sheikh Spinning Mills (1999 SCMR 1402), said imposition would be fees and not tax considering special services to be rendered by respondents and fact that collection of said fees being not appropriated by Government for general revenue purposes but for better regulation of purchase and sale of agricultural produce and establishment of markets and for proper administration thereof within province–Punjab Agricultural Produce Markets Act, 1939 was amended through West Pakistan Amendment Ordinance, XXII of 1964, which was approved by then West Pakistan Provincial Assembly vide Gazette Notification dated 31-12-1964–Thereafter, it became West Pakistan Agricultural Produce Markets Act, 1939 and it was extended to then whole of province of West Pakistan except Tribal Areas–Thereafter, Province of West Pakistan was dissolved through West Pakistan (Dissolution) Order 1970 vide President’s Order No. 1 of 1970, which was notified in official Gazette of Pakistan on 30-3-1970–Thereafter, Constitution of Islamic Republic of Pakistan came into force clauses (3) and (4) of Article 268 of Constitution of Islamic Republic of Pakistan existing laws in relation to Sindh Province were adapted vide Sindh Adaptation of Laws Order 1975, notified in Gazette of Sindh, Extraordinary, Part I, dated 22-7-1975, wherein Agricultural Produce Markets Act, 1939 was adapted appearing at Page 160 of PLD 1975 Statute Part, Volume, 6–Agricultural Produce Market, Act, 1939 having been adapted by Government of Sindh in view of Article268 (3) of Constitution of Islamic Republic of Pakistan, 1973 read with Sindh Adaptation of Laws Order, 1975 said Act being existing law would continue to be in force, therefore, would be valid and legal considering authority of province by Supreme Court in PLD 989 SC 449 & 1193 SCMR 920 cannot be permitted to raise said plea that respondents are not rendering service under said law and rules, therefore not liable to pay said fees–In the circumstances it is held that petitioners could only raise plea that services are not being rendered by respondents to them when former performed their obligations with regard to payment of required fees. PLJ 2002 SC 1190